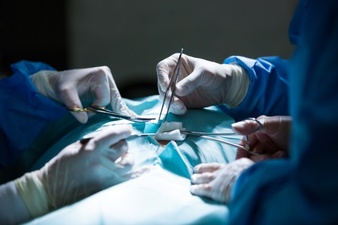 Here we go again. Another last ditch effort by the Republican majority in the Senate to cram an ill-conceived health care plan on the American public to repeal and replace the Affordable Care Act. It is known as the Graham-Cassidy Bill. Unfortunately it has squelched the bipartisan effort by Senator Lamar Alexander (R-TN) and Senator Patty Murray (D-WA) who were attempting to work together with their respective colleagues to offer a number of changes to improve the ACA through “regular order”. There are lots of opinions on the bill both for and against. This effort by the Republicans to ditch the ACA even brought out former President Obama, who I would submit knows more about Health Care than any of the those Republican senators, especially anyone who is new and elected after 2009. Of course Trump really has no idea what is in the bill or how it would impact all of the Americans he was elected to represent. It is doubtful he has even read the bill summary. He essentially uses hyperbole, rhetoric and bombast to fake his knowledge of a certain issue.

Former President Obama had some choice words for the newest version of “affordable health care.” offered by the Republicans. Speaking at a Bill and Linda Gates Foundation event, Obama said “When I see people trying to undo that hard-won progress, for the 50th or 60th time, with bills that would raise costs or reduce coverage or roll back protections for older Americans or people with pre-existing conditions — the cancer survivor, the expectant mom, or the child with autism, or asthma for whom coverage once again would be unattainable — it is aggravating.” He went on to say “And all this being done without any demonstrable economic, actuarial or common sense rationale is frustrating. And it is certainly frustrating to have to mobilize every couple of months to keep our leaders from inflicting real human suffering on our constituencies.”

Just how much human suffering will Graham-Cassidy Bill inflict? That’s hard to say. Why? In order to hide some of the more shameless provisions of the bill, there is no “regular order” process to this flawed health care legislation; there is no debate allowed, no consideration by any committee of the Senate, no opportunity for public hearings or input from the constituencies these Senators are suppose to represent and no possibility for “we the people” to have our voices heard. It is yet again an exercise in political shenanigans of which people are sick and tired. What is even more disconcerting is the fact that in their rush to meet the August 31st deadline to avoid having to find 60 votes in the Senate, Graham-Cassidy has no CBO score. The nonpartisan Congressional Budget Office would normally put a projected cost on this particular bill. That is not going to happen before Aug 31st. There isn’t enough time for the CBO to make those estimates. Despite these concerns, here is what we know the Graham-CassidyBill would do and who would be inflicted with real human suffering:

These three programs will suffer the most. These programs will continue through the end of 2020 (how convenient!), but will be discontinued after that date. More than a few economists and public policy analysts, believe that somewhere in the neighborhood of 20 to 24 million will loose their health care under these three programs. Additionally, those with pre-existing conditions would no longer be guaranteed to have coverage the same as the Affordable Care Act. Instead the states would be responsible for providing an “adequate and affordable” plan for people with pre-existing conditions. Adequate and affordable will be defined by many states as high risk pools. The older you are with diabetes, COPD, stroke or heart attack survival and various other maladies and conditions the more they will cost. The older you get and can get into your state’s high risk pool, the more unaffordable it becomes. Now that should be a comfort to those who have been covered under the ACA.

Without further explanation, the long and short of it is quite simply, Graham-Cassidy is worse than another Republican plan offered to repeal and replace the ACA. However, it is only my opinion. Do your own research if you like. Hopefully you won’t have to hire a Philadelphia lawyer to figure it all out!