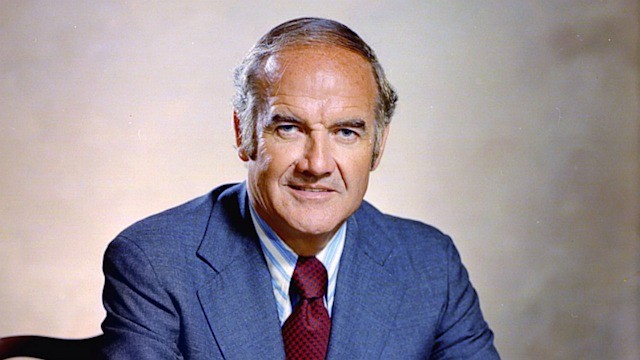 No one expected George McGovern to win the presidential nomination in 1972. But he did. His victory left the party “establishment” in shock. How could a Democrat senator from the middle of nowhere walk away with a major party’s nomination for the presidency. Representing a state like South Dakota, a bastion of conservative Republican politics with four electoral votes, was unheard of. However, what most did not realize was that McGovern had been elected twice to House of Representatives (1956 and 1958) and twice to the United States Senate (1962 and 1968). Yet despite the “establishment’s” shock, McGovern and his team of young advisers had figured out something quite different about the demographics of the nation’s electorate. Indeed it was quite different than the conventional wisdom of his contemporaries.

McGovern understood that the South, long a force in Democrat politics, was declining. Beginning with the defection of the Dixiecrats, led by Senator Strom Thurmond of South Carolina, to form the short lived State’s Rights Party in 1948, made clear their stand on civil rights “We stand for the segregation of the races and the racial integrity of each race; the constitutional right to choose one’s associates; to accept private employment without governmental interference, and to earn one’s living in any lawful way. We oppose the elimination of segregation, the repeal of miscegenation statutes, the control of pricvate employment by Federal bureaucrats called for by the misnamed civil rights program. We favor home-rule, local self-government and a minimum interference with individual rights.” Thus many Southern politicians were more comfortable moving to the right. Social conservatism had become more compatible with the views of the South’s electorate on state’s rights, pro segregation, keeping in place the “Jim Crow” laws and the ideas of white supremacy. By 1971 it was clear that McGovern and his advisers would waste little time or money in the South. He would leave the field essentially to firebrand George Wallace, the Governor of Alabama.

The McGovern campaign strategy would focus initially on entering 12 state caucuses. A strategy that worked giving McGovern 6 wins. Other candidates split the remaining five caucuses, as Iowa did not declare a winner, Hubert Humphrey(1), Ed Muskie(2), Henry “Scoop” Jackson(1) and Wilber Mills(1). In addition to his wins in the caucus states, McGovern won a majority of the primary contest states (9).

McGovern’s campaign employed certain tactics in his campaign strategy that are as relevant today as they were then. Two of my mentor’s Peder Ecker, a Sioux Falls lawyer who became a federal bankruptcy judge for part of the South Dakota and northern Iowa, and Bill Dougherty, who was the current Lt. Governor of South Dakota when McGovern ran for president, always stressed several tactics to me when I began to manage campaigns. I will share those tactics and various strategies with you in a free ebook I am writing and that will be available in November to anyone who is interested.

Needless to say McGovern had an excellent ground game and GOTV effort on election day in each of the caucus and primary states he contested.

Perhaps as important was the McGovern campaign’s second strategic focus was on constituency segments. In effect, it was the same approach that businesses use to segment markets. The campaign selected certain constituencies to concentrate their efforts on. In a broad sense they determined who would be legible to vote in Democrat primaries and caucuses. They then segmented these constituencies into certain groups: those opposed to the Viet Nam War, particularly young voters who had just received the for the first time in 1971 and college students; women who were involved in the Women’s Movement and it’s call for legalization of abortion, action against domestic violence, for maternal leave and equal pay; Veterans who were opposed to the Viet Nam War; labor unions and working men and women who felt they were the victims of income inequality; African-Americans and Latinos who were concerned about civil rights and economic oppression. This style of campaign coined a new phrase in American politics – “grass roots organizing.”

These two strategic decisions by the McGovern campaign and the execution of the voter identification and Get-Out-The Vote effort secured the Democrat presidential nomination for McGovern at the national convention held in Miami in early July 1972. McGovern and his running mate Senator Thomas Eagleton of Missouri received 1,792 delegate votes. No other candidate came remotely close. George McGovern would challenge the incumbent President Richard Nixon in the November.

McGovern’s campaign began to go south almost before it began. His acceptance speech did not air on television until 3 a.m. in the morning long after most people had gone to bed. Two weeks after the convention, the revelation that Eagleton had undergone treatment for depression and had been administered electro-shock therapy caused the McGovern campaign to dump him and replace him with Sargent Shriver, a Kennedy relative. The McGovern-Fraser Reforms which resulted from the debacle and chaos of the 1968 convention in Chicago further angered traditional Democrat leaders. The large labor union bosses, big city political machines and the usual smoke filled backroom wheelers and dealers found their former clot threatened and diminished. The party platform included new blanks that alienated many Democrats. Planks in the platform were hotly debated from reproductive rights, gay marriage, desegregation, welfare reform and income redistribution, the equal rights amendment, and the right to be different in terms of one’s culture, heritage, or lifestyle. What many Democrat delegates saw as victory for party reform, others saw as the beginnings of decline for the traditional liberal leanings of the Democrat Party.

McGovern received the biggest blow to his campaign not from Republicans, but from his fellow Democrats. Jimmy Carter, the Governor of Georgia, formed a “Stop McGovern” effort at the convention. Bosses of big city political machines like Richard Daley, the Mayor of Chicago, and other machine politicians only gave tepid support to the nominee of the party. Senator Hubert Humphrey of Minnesota called McGovern much to radical for the Democrat Party. One of the most scathing descriptions of McGovern was offered up by a Republican Senator, Hugh Scott of Pennsylvania. The 3 A’s of McGovern’s agenda, amnesty, abortion, and acid. In fairness, McGovern supported the use of drugs. He did support the decriminalization of marijuana. He struggled with the platform plank on legalizing abortion, finally deciding to have it withdrawn from the platform. Gloria Steinem of the Feminist Movement never forgave him for that. He did support extending amnesty to young men who fled to Canada to avoid the draft and the certainty for most to end up in Viet Nam. It is believed that at least a fourth of the registered Democrat voters cast their votes for Nixon. The campaign was doomed and ended in the landslide reelection of Nixon.

Joshua Mound’s article in a February, 2016 issue of The New Republic, offers a compelling comparison of how the Republican Party successfully dealt with the defeat of Senator Barry Goldwater in 1964 and the Democrat Party’s response to McGovern’s defeat as a complete refutation of “McGovernism” known only as a political view non grata for the last 40 some odd years. See this article here

What McGovern had discovered in his campaign was something missed by party leaders and the pundits. In running away from “McGovernism”, the party moved to the right. The term neo-liberal came into vogue as Democrats began looking more like Republicans than Democrats. More and more the party leaders and candidates cozied up to Wall Street and the hedge fund managers, exchanging their political influence for healthy campaign donations and PAC contributions. Large corporations and their lobbyists had an open door to congressional offices. Programs that Democrats had championed for decades began to drift from importance. Along the way, Democrats lost their way. They forgot about the people they were supposed to represent: the working class, veterans, young people trying to get ahead, African-Americans, Latinos, Asian-Americans, women, the elderly and the poor.

In the final installment of this series on McGovern, I will attempt to argue that the Democrat Party, seemingly at a loss a this moment for any agenda, that offers a true vision for America’s people, needs to go back and consider the long view of George McGovern.