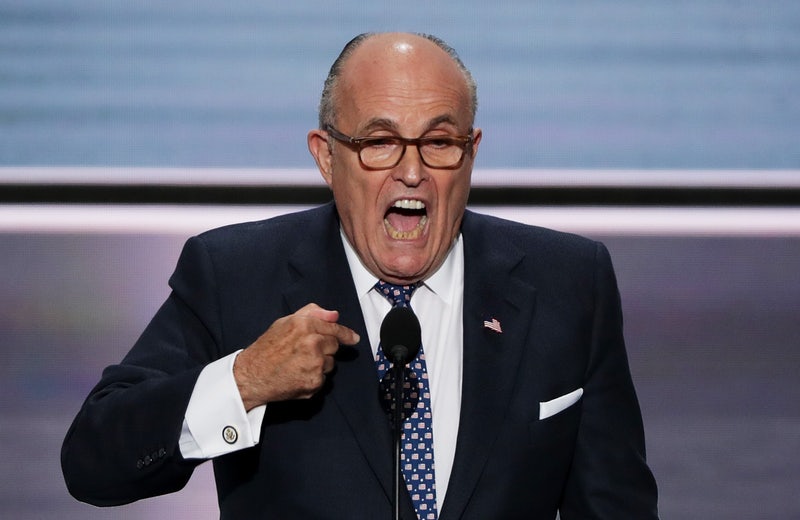 Once again President Trump’s public relations flak, Rudy Giuliani, is making new demands of Special Counsel Robert Mueller’s investigation of the president and the president’s administration. The media have coined this a new strategy in teasing the public on whether or not the president will sit with the Special Counsel for a personal interview. There is nothing new about this strategy at all. It is simply the same old strategy Giuliani has been squawking about since he came back from under a rock to join the swamp. It is called stalling, hardly anything very novel. Lawyers for criminals do it all the time and Giuliani is no different.

According to The New York Times, Giuliani is setting new terms for the interview: Mueller must show evidence that Donald Trump committed a crime and that an interview is necessary or forget it. Trump’s legal team is also insisting Mueller prove that he exhausted all other avenues and that he has no choice but to interview the president. “If they can come to us and show us the basis and that it’s legitimate and that they have uncovered something, we can go from there and assess their objectivity,” Giuliani said.

While Rudy is doing his level best to project the image of a New York City tough guy, my money is on Mueller. This is far from Mueller’s first rodeo. Rudy can boast and bluster all he wants but he isn’t going to intimidate Mueller. Making demands of the Special Counsel may look and sound good to the president and his sycophants, but in the end, Mueller isn’t going to respond to Rudy’s demands. He will keep his head down and plow ahead with more charges and indictments.

If Giuliani really wants to speed up the Special Counsel’s investigation it is quite simple: If the president is innocent of collusion with the Russians and has not obstructed justice, the president should sit down and be interviewed by Mueller and members of his staff. This is what Giuliani has said from the start. There is no collusion and no obstruction of justice. Evidently, Giuliani was mistaken. An innocent person wouldn’t try to evade the Special Counsel. Draw your own conclusions on this gambit by Rudy.

Giuliani and his Republican friends on Capitol Hill can continue to attack and denigrate the Special Counsel, Assistant Attorney General Rosenstein and the FBI with impunity. At some point, Mueller will issue his findings with or without a presidential interview. Then the truth will come out and the chips will fall where they may. Rudy may have a hard time trying to schmooze over Mueller’s report.