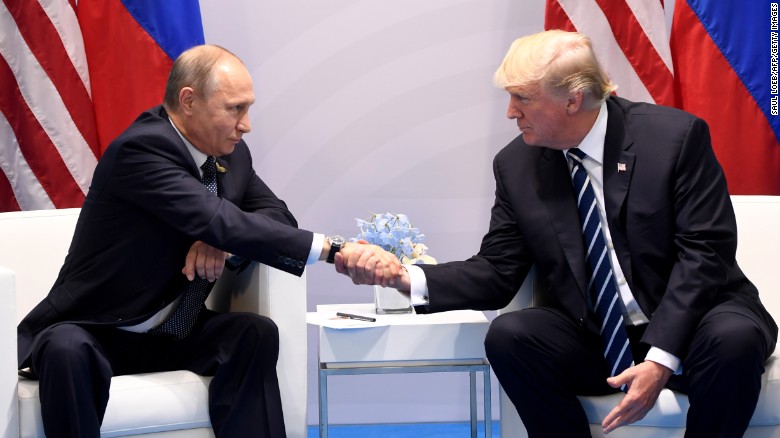 The much-heralded Putin-Trump Summit in Helsinki, Finland has come and gone. In a stunning climactic joint press conference,  President Trump disgraced not only himself but his country. Fawning over Putin, Trump appeared mesmerized by the stoic Putin, who was obviously in full control and dominated the president of the United States. Trump failed to even suggest that Putin and the Russian intelligence services were responsible for attacking the United States’ 2016 elections and continuing their attacks to this day. It is time for some straight talk about this president and the threat he poses to our democracy.

Politicians, members of the media and former and present government officials should not keep referring to the Russian encroachment into the foundational stones of our democratic institutions as “meddling” and “interference.” The Mueller investigation release of 12 indictments against the Russians should assure even the most ardent skeptic that the Russians weren’t meddling or interfering. If you take the time to read the Mueller Indictments you will understand the lengths the Russians went to and the sophistication of their attacks on our country. The one good thing about these indictments is that the American intelligence community was smarter than the Russians by discovering the facts and evidence necessary for these indictments!

Going forward, we should make no mistake. These were attacks on the United States by a foreign country. These attacks are no different than the Japanese infamous strike on the Pacific fleet at Pearl Harbor in 1941 or the unimaginable suicide mission that brought down New York City’ Twin Towers in 2001. President Franklin D. Roosevelt and Congress responded immediately by declaring war on Japan. President George W. Bush responded with Congressional approval to launch a war in Afghanistan against Al- Qaeda camps and Osama bin Laden. Both Roosevelt and Bush took action to defend the country against “all enemies both foreign and domestic.”

It should be noted that the oath presidents take does not literally require the him or her to defend the country against “all enemies both foreign and domestic.” It only requires a president to swear or affirm that she or he “will to the best of his/her ability, preserve, protect and defend the Constitution of the United States.” In lieu of the Russian attack on our country, how has President Trump responded to these attacks given the new evidence produced by the Mueller indictments?

In typical Trump fashion, he had one set of statements in Helsinki and another one day after returning to Washington. Here is a report by Politico of what he said in Helsinki and here is what he is stubbornly conceding one day later according to Bloomberg News. Trump’s hope is that he can verbally muddy the water and move on to create more chaos to distract from his disaster in Helsinki. The American public shouldn’t buy it this time.

Several points should be kept in mind about this president: