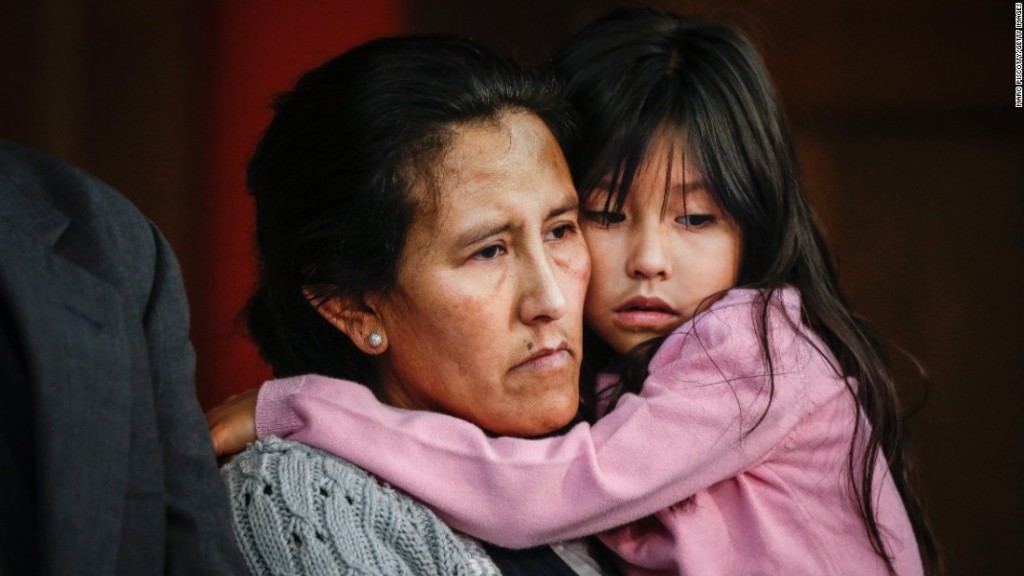 With the frenzied tweet storm, incessant lying and chaotic pronouncements emanating from the Trump White House, we have a tendency to get an information overload from the daily news cycle, regardless of its veracity. This is perhaps by design and/or incompetence on the part of the Administration. The mainstream media and the cable news networks are complicit in this overload. A front-page headline from the print media or the leadoff news story on the television networks prompts us to focus on the new “shiny object” of the day.

Yet despite this overload, there are some events we should never forget. The recent separation of children from their parents fleeing horrific conditions in their native countries of El Salvador, Nicaragua and Honduras is an indelible stain on the conscience of America. This is not who we are. This is not what we have valued as a nation since its beginning. This is not the promise inscribed on the tablet the Lady of Liberty statue holds in her hand, “Give me your tired, your poor, Your huddled masses yearning to breathe free, The wretched refuse of your teeming shore. Send these, the homeless, tempest-tossed to me, I lift my lamp beside the golden door!”

We must ask ourselves who is responsible for this? Who approved this egregious policy? What government agency leaders carried out and enforced this policy? To use an old Greek cliche, “the fish rots from the head.” President Trump is solely responsible for the implementation of this policy. To be sure, other members of his administration carried out his orders, but at his core Trump is a racist, plain and simple. When Trump proclaims Make America Great Again, there is a hidden dog whistle, Make America White Again!

This is not new with Trump. It is another incident that goes way back starting in the 1970s:

The 2016 presidential campaign provided further evidence of Trump’s deep-seated racial bigotry from the moment he came down the escalator at Trump Tower in New York City. Here are just a few of his despicable pronouncements:

The list goes on and on. If you are really interested in a full-blown account of Trump’s racial bigotry and his actions to facilitate Make America White Again, this well sourced article from Wikipedia provides it.

Which brings us to the present. The tragedy that happened at our border with Mexico was initiated by the Trump administration. In February of this year, border control officials began separating children from their “illegal” immigrant parents. The Trump administration family separation policy, is part of its “zero tolerance” policy announced by Attorney General Jeff Sessions in April of this year. Under the policy, federal authorities separated children from their  parents, relatives, or other adults who accompanied them in crossing the border, whether apprehended during an illegal crossing or, in numerous reported cases, legally presenting themselves for asylum. The policy involved prosecuting all adults who were detained at the U.S.–Mexico border, sending the parents to federal jails, and placing children and infants under the supervision of the U.S. Department of Health and Human Services. According to government officials, the policy led to the separation of more than 3,000 children from their parents.

In the end or what appears to be the end of the zero-tolerance policy and the separation of children from their parents or relatives, we are left with uncertainty. It is evident the Trump administration had no plan, much less even an idea of to do about how to go reunite the children they had incarcerated with their parents or relatives. It is clear we cannot trust the pronouncements of the Secretary of Health and Human Services, the Secretary of Homeland Security, Kirstjen Nielsen or Attorney General Jeff Sessions. They haven’t been on the same page since the beginning of this disaster! What we do know is that there are children who have been reunited with parents. We know that roughly 450 parents have been deported back to their native countries without their children.  According to USA Today we know “There are 917 parents considered not eligible or “not yet known to be eligible” – the 463 plus 454 others – to be reunited with their kids, the filing says. Some of those parents are no longer in the country, others have criminal records, communicable diseases or other issues rendering them ineligible.” What we don’t know for sure is how many children remain separated from their parents and this is a travesty. We may never know the full extent of the emotional, mental and physical pain this administration has caused to children. Trump has failed in this particular effort to MAWA.

For Progressive Democrats the task ahead is very clear. It is incumbent upon us to hold members of Congress accountable who remained silent. It is the logical choice to exercise our franchise and vote them out of office this November. The time for talk is over. It is time to take action and put a check on Trump’s attempt to make this nation’s government his autocracy! The grand old lady in New York’s harbor is watching us to see if we will still keep the “golden door” open. God help us if we fail to do so.